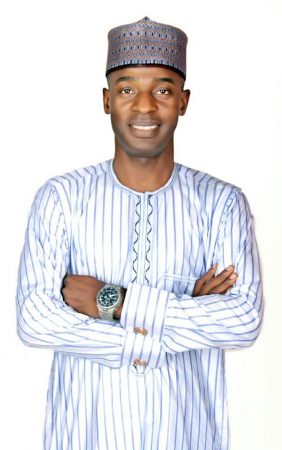 After personally witnessing mayhem and pandemonium during crisis like ‘Bamuso’ in 1988, various forms of ‘Shi’ites’ clashes between 1990-2005, ‘Sunni-Shi’a’ clashes as a result of killing very young and famous cleric called ‘Dan’maishiya’ and many other battles between ‘Area Boys’ gangs that results in loss of lives and properties, Nasir Abubakar Daniya became so fearful and security conscious. The diverse security problems he witnessed made him think of a security intervention but, it was his experience of living in the UK with combined experiences of working and studying between 2005-2015 he says made him develop interest into security as a profession.

“I noticed that, to address security issues institutionally and professionally, technology MUST be used rightly, timely and continually. I studied courses that include Information Technology, Information Security, Computer Forensics, Software & System Security and Policing, Security and Community Safety at University of Wales, Lampeter, University of East London University of Oxford and London Metropolitan University respectively; the latter is where I am preparing to submit my final thesis for a PhD on security. Those experiences combined with the privilege I had in serving in various high-level government’s ICT and security committees gave me a deep insight into Nigeria security paradigm. I also attend specialist symposiums on ICT and Security in Paris, London, New York, Washington and Seoul, which placed my psyche into an ‘active mode’; ready to pursuit my dreams as an entrepreneur.”

Nasir says he found an opportunity in the Nigerian security system as there is no technological platform that allows real-time intelligence and data sharing. “In the whole of Nigeria security circle, even between the Police-Department of Security Services. There is hardly any state where Divisional Police Stations share real-time intelligence across all the DPSs”. This opportunity led him to develop a solution: A mobile app that stores crimes (records), criminals’ data (records) and those that report the crimes or criminals. Additionally, an online database is created to ensure real-time synchronization with the app. At each Police Station in the 774 Local Governments in Nigeria, a tablet device would be located to allow recording and retrieval of data.

The tablet; has the app, built in camera, fingerprint scanner, Sim Card, 3G and Wi-Fi facilities, memory card slot, and the app could run on both Windows and Android Operating Systems. The device is waterproof, dust-proof and could store energy and work for up to 10 hours after full charge.

The App; has the facility and built-in database to allow one to record bio data, email, phone number, picture, fingerprint and multimedia like video or voice. The app automatically synchronizes with the web database after enrolment and could store within the app for later synchronization when not online. The web database is integrated in the portal and has similar features with the app and is on 100% on secured server.

What the app/solution could be used for:

With a passion to perfect the possibility of International Intelligence Sharing (IIS). Nasir’s solution would surely position Nigeria into countries that use technology in addressing global security challenges like Boko Haram, Militancy and other forms of violent extremism thus enhancing security of people; lives and properties but this vision has been a long ride as he says the journey to developing this solution has been on for 4 years. “The idea started developing in 2012/2013 when I was Information Security and Computer Forensics student at University of East London. Soon after serving as Mayor of London students’ ambassador, I began developing the business plan, it became ready in early 2014 and I started contacting stakeholders on the idea, none of which yield positive result. It is not surprising because it is not that the idea was weak, but it would take a huge influence to enable the Nigeria Government to endorse the plan. It was only Tony Elumelu Foundation that gave me the opportunity to make a public case on the business plan in 2015. After I won a grant, he pledged to push the issue up with Nigeria security agencies (the Inspector General of Police and National Security Adviser, Director Department of Security Services) as well as a Governor in Nigeria that is passionate about security. As at 2017, only Sokoto State Governor Aminu Waziri Tambuwal gave me an opportunity to practically implement the project twice in Sokoto State as a pilot scheme. We have received positive feedback on it.

In addition to opportunities provided by Sokoto State Government to us, plans are at advanced state to integrate the solution to education sector in Kebbi State. Nigeria Governors Forum and Northern Governors forum have all been contacted with a view to ensure harmonious implementation of the solution for both education and civil service. Very soon, we expect Nigeria Government to consider our request for pilot implementation across selected security agencies in Nigeria.”

With a potential to generate up to $1m annually through payment of renewals and subscriptions, Nasir still faces the challenge of funding as the tablets require huge sums of money to manufacture/produce as they are customized. He seeks patronage from  organisations including state governments to create a 100% biometric-integrated records of its civil servants/employees, students and its populace.

Posted in Uncategorized.
Share
←  NewerTony Elumelu: Human trafficking is evil, it strips our youth of dignity and denies them opportunity
Older  →An integrated Africa: A boon to the private sector