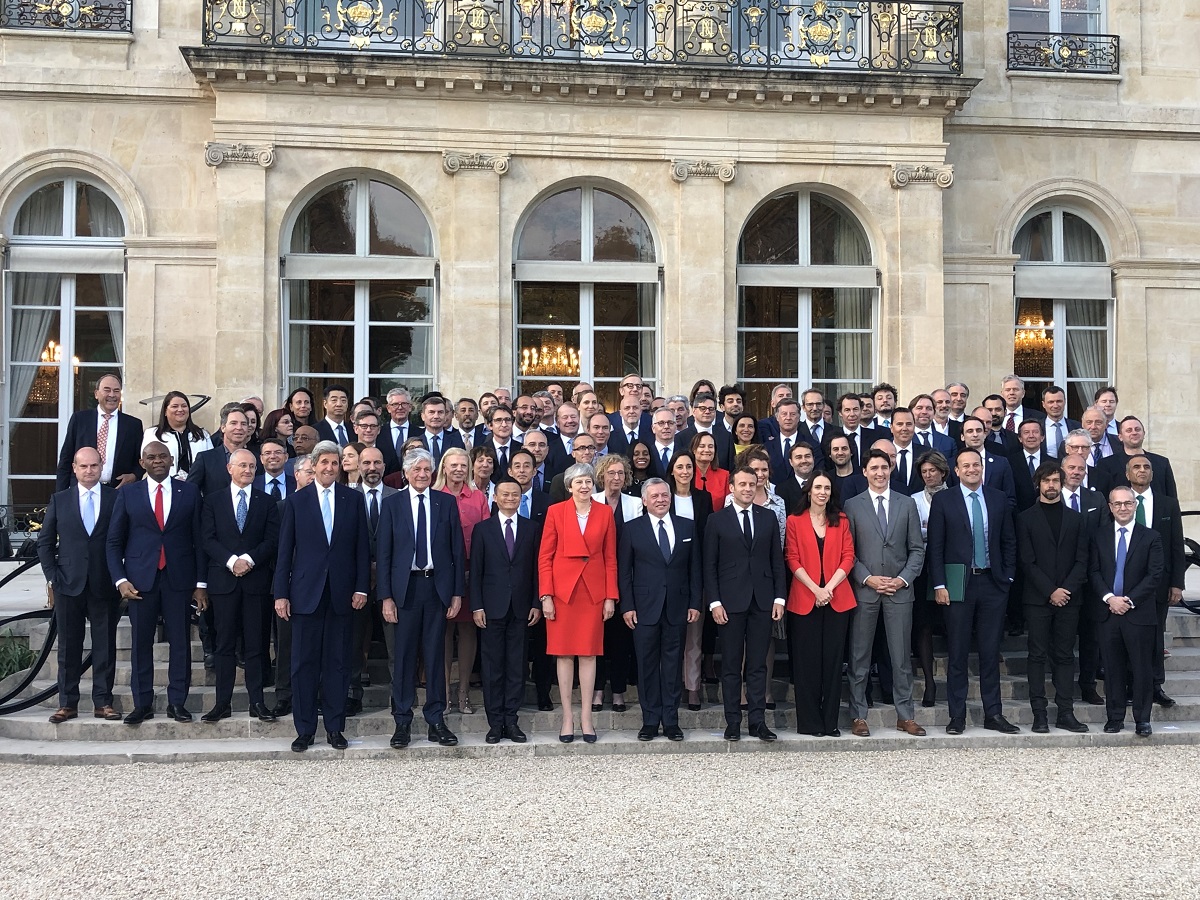 On Wednesday May 16, Tony Elumelu, Founder of the Tony Elumelu Foundation joined global leaders at the Tech for Good Summit 2019 in France at the invitation of President of France, H.E Emmanuel Macron, to discuss two themes that are pertinent to him: technology as a tool for economic transformation and gender equality.

Elumelu’s contribution to this ongoing conversation was clear and timely as global debates focus on immigration challenges and the way forward. He urged world leaders present at the gathering to prioritise technology in Africa to create economic opportunities and growth for the millions of young African entrepreneurs on the continent.

Why is this timely?

Africa is home to 1billion people, 60% of which are under the age of thirty, keeping this youth population productively engaged is key. This requires the continent to up its game by not only creating jobs but also creating a cyclical mechanism that will ensure that millions of economic opportunities are consistently available to its youth.

To create enough jobs to keep this youth population actively engaged, the continent will need to up its game in not just creating jobs but creating a cyclical mechanism that will ensure that millions of economic opportunities are available to its youth – the masses that graduate yearly from universities and those who decide to pursue an entrepreneurial/ career path earlier in their lives.

“African youths need technological opportunities. They need hope. They need tech for good and they want tech for all”, Elumelu said.

Last year, the Tony Elumelu Foundation, Africa’s leading philanthropy empowering entrepreneurs, launched TEFConnect in the bid to leverage technology to empower entrepreneurs. TEFConnect, a digital networking platform which convenes hundreds of thousands of Africa’s youth entrepreneurs, investors, and mentors is available in different languages and open to entrepreneurs across 54 African countries. The platform is a testament to the Foundation’s goal of achieving business beyond physical borders, to create even more economic opportunities beyond its $100million commitment to identify, train, mentor and fund 10,000 African entrepreneurs in 10 years.

The opportunities available on TEFConnect – access to mentors, business learning materials, a networking chatroom and more importantly, incredible data of entrepreneurs across the continent – lend credence to Elumelu’s words and the Foundation’s mission of empowering African entrepreneurs.

(This is also to call out to mentors who are willing to lend their time, expertise and network to mentoring a few entrepreneurs among our 7,520 entrepreneurs, click HERE).

In investing in technology, gender inclusion and diversity play a significant role in achieving success. Empowering women, from the grassroots to the top, will empower generations. In this same vein, therefore, Elumelu co-signed a diversity pact aimed at increasing the participation of women in leadership and technology by 2022. The diversity pact, which will leverage technology to bridge the gender divide in today’s fast-evolving workspace and drive a more inclusive work environment, aims to have 30% of women in leadership positions by 2022; a feat Elumelu’s group of companies has excelled at.

UBA group leads in diversity across the 20 African countries of its operations, as well as in the UK, USA and France with 31% of its senior/executive management positions held by women and 30% female representation on its board. The Tony Elumelu foundation which he founded in 2010 not only has 50% female representation on its Board, and a remarkable 100% representation in senior management but also continues to raise the bar within its entrepreneurship programme; among the applications received, there was an increase in women-led businesses from 29% to 42% in 2019. Transcorp Plc, one of the investee companies of the Heirs Holdings Group recently made appointments, with the appointment of a female CEO for the Hotels and two female Non-Executive directors.

In conclusion, with the advancement of technology and keen investment in gender diversity, Africa is indeed poised at the brink of witnessing the most rapid development experience in decades.

Elumelu summarised the significance of this moment in his quote: “Technology is a great employer of labour. Technology drives inclusiveness. Technology helps to alleviate poverty, but Africa is just starting, and we need the world to pay attention to this so that issues of migration can be addressed in a more fundamental way so that poverty which is a threat to everyone everywhere can be alleviated”.