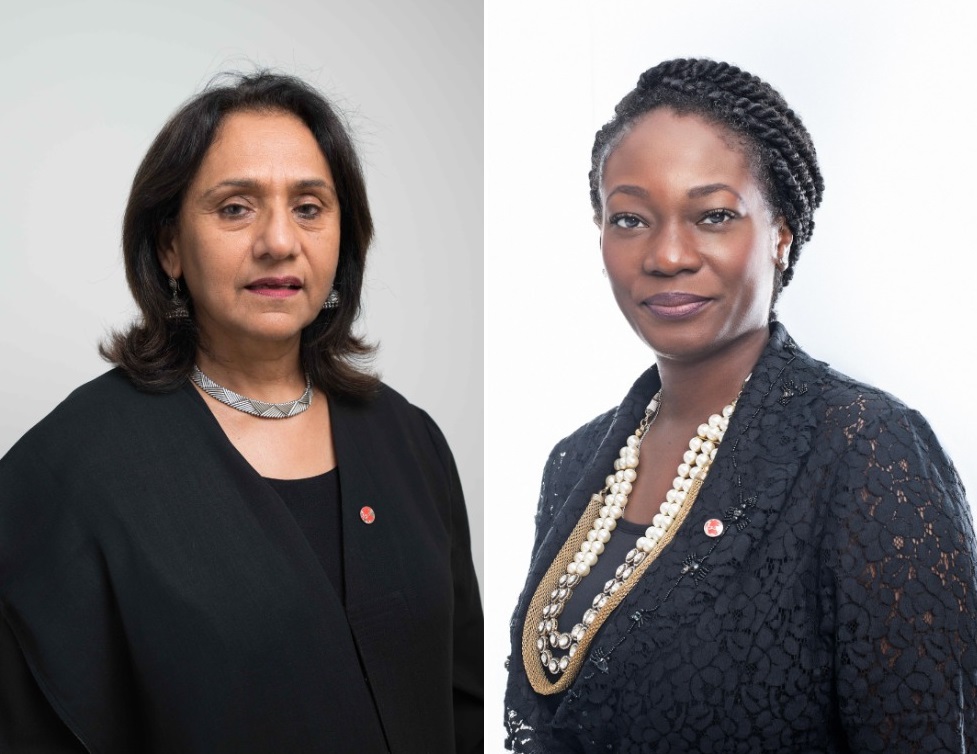 LAGOS – December 13, 2018: The Board of Trustees of the Tony Elumelu Foundation, Africa’s private-sector-led philanthropic organisation empowering African entrepreneurs, announced the appointment of Ifeyinwa Ugochukwu as Chief Executive Officer at the end of its Board Meeting on December 12. This appointment takes effect from April 1, 2019.

Ifeyinwa will lead the team in scaling the impact of the Foundation which is globally recognised for pioneering a new approach to philanthropy with its USD$100 million commitment to empowering African entrepreneurs. The Foundation’s mission is rooted in Africapitalism, which positions the private sector as the key enabler of economic and social wealth creation in Africa.

Ifeyinwa served as Director of Partnerships of the Tony Elumelu Foundation since November 2017 and succeeds Parminder Vir, OBE, who has been elevated to the Advisory Board of the Foundation. In her new role as CEO, Ifeyinwa will leverage her expertise, experience and network to provide strategic leadership in realising the Foundation’s goal of transforming Africa through entrepreneurship.

Speaking on the appointments, Tony O. Elumelu, CON, Founder, the Tony Elumelu Foundation stated: “As Director of Partnerships, Ifeyinwa demonstrated strong leadership and strategic thinking in delivering the Foundation’s mission to transform Africa, securing major partnerships that scale the impact of the Foundation beyond its targeted 10,000 entrepreneurs.  She is the perfect candidate to build on Parminder’s immense contribution.”

“On behalf of the Board, I also commend Parminder, fondly known as the mother of African entrepreneurs, for her notable achievements, significant sacrifice and commitment to building and empowering the next generation of African business leaders. I warmly welcome her to the Board,” Mr. Elumelu concluded.

In response, Parminder said: “In the last five years, we have empowered a generation of young Africans with the training, tools and opportunities to launch the continent into prosperity. As CEO, it has been my profound joy to support thousands of young people whose ideas are transforming Africa. I am therefore honoured to join the Tony Elumelu Foundation Advisory Board to contribute to the many more success stories that will emerge out of Africa.”

Accepting her appointment, Ifeyinwa said: “In my former role within the Foundation, I witnessed first-hand the potential of entrepreneurship in tackling Africa’s key challenges – unemployment and poverty. Our recently launched TEFConnect, the digital networking platform connecting African entrepreneurs, investors and mentors for business success will further achieve our Founder’s goal of democratising luck across the continent and fostering business beyond physical borders.” “I am honoured by the opportunity to build on Parminder’s legacy and launch the Tony Elumelu Foundation into its next phase of growth.”

Prior to joining the Tony Elumelu Foundation, Ifeyinwa served as a management consultant for the Enterprise Development Centre at the Pan-Atlantic University. She sat on the Board of Women Empowerment and Children Relief in Africa, a Cape Town-based non-profit focused on enhancing the economic welfare of women. Ifeyinwa holds a Bachelor of Law degree from the University of Wales, and a Post Graduate Degree in Business and Executive Coaching from the Integral Africa Institute, Cape Town. She is an associate of the Chartered Institute of Arbitrators, Nigeria.